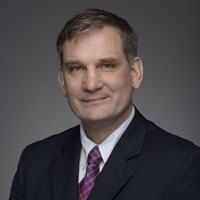 Child maltreatment and developmental deprivation correlate highly with poverty, which in turn is highly correlated with certain minority races. This Symposium, co-sponsored by the Bill of Rights Institute, the Bill of Rights Journal, and Professor Jim Dwyer, aimed to identify, diagnose, and develop a strategy for overcoming the “liberal dilemma in child welfare reform,” the liberal resistance to acknowledging that some children need state agencies to act in ways that will have negative incidental effects on parents and other adults in poor communities. Concrete manifestations of liberal denial and adult-centered news include liberal resistance in Congress to certain attempted, child-protective CAPTA amendments and advocacy for other parent-protective amendments; poverty law lobby opposition to child protection reform at the state level; scholarly arguments against any narrowing of the Indian Child Welfare Act; and social worker resistance to ASFA reforms such as concurrent planning and reunification bypass but quick embrace of differential response. Speakers addressed questions such as: How is liberal adult-protectiveness manifest? What is motivating liberals in these cases? Is there any way to counter this liberal tendency?